Levent Erdogan has been a NAET practitioner since 2007, and is NAET instructor.

NAET is a non-invasive, drug-free, holistic treatment, based on a combination of knowledge and techniques borrowing from Western medicine (allopathic) and traditional Oriental medicine (e.g. chiropractic, kinesiology, and acupuncture). According to Chinese medicine, founded thousands of years ago, health is defined as a state of balance within an individual and between the individual and nature. The body is thought to be functioning only in the presence of vital energy, flowing through energy pathways, called meridians. When there is a disruption in the energy flow through the meridians (an increase or decrease) energy blockages can occur, causing symptoms and illness . A disruption in the energy flow can be caused by any physical or psychological trauma, such as infections, organ dysfunctions, or emotional stress. Meridian theory explains the mechanisms of energy blockages in the energy meridians and how energy blockages lead to functional imbalances and diseases .

According to NAET, an allergy is considered to be an energy imbalance between the electromagnetic energy of the person and the allergen.

Dr. Levent Erdogan  believes that measurable weakness in particular muscles is caused by the generation of an energy disturbance in the particular spinal nerve route that supplies to the corresponding weakened muscle when a specific item is brought into its energy field. Muscle Response Testing is based on this hypothesis. Any item that is capable of producing energy disturbance in any spinal nerve route is considered an allergen. No distinction is being made between IgE mediated allergies, cell-mediated allergies, hypersensitivities or intolerances.
It is further proposed that by stimulating the specific afferent and efferent nerves and nociceptors in dorsal root ganglia (acupressure) while the person is in contact with the allergen,
The NAET treatment is able to change the characteristic of the previous stimulus into a new one with a different signal. These altered stimuli will carry new information about the antigen to the appropriate areas of the cerebral cortex. In return, the brain will relay its response about this new information to every cell in the body. It takes 24 hours to pass the new information through all 12 major meridians. The previously activated immune response will get deactivated or replaced by a new relayed signal.

The previously perceived harmful substance is now  recognized as being relatively harmless. 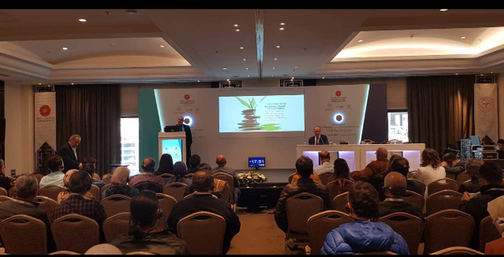